New vs Old: Where Does The Modern Goalkeeper Stand?

Some think modern goalkeepers should stick to their day job behind the white lines. What's the reality?

In a cinematic reboot of Greek mythology, the bronze statue of Talos only comes to life when Jason and the Argonauts go sniffing around the gold-laden penalty box underneath the plinth. After awakening the guardian, all hell breaks loose until our hero discovers the one weakness of the giant lies with the feet. When Jason gets close enough to uncork the Achilles’ heel, Talos crashes to the ground. Life was so simple back then.

This could serve as a folk tale of how goalkeepers were utilised in ancient times. Stats were just Roman numerals. Jordan Pickford’s predecessors wouldn’t be seen caressing the ball at their feet.  It was just a case of launching the thing into orbit. The job remit was to stop. To prevent. They were like isolated security guards that met up with their mates only at the end of a long shift.

As we go deeper into the 21st century, analogue has been replaced by digital and the bandwidth of goalkeepers now far outreaches the patrol of vertical posts and horizontal crossbars. Those crazy custodians used to ‘know their place’, but now they are ordered to ramp up their high-wire existence on the pitch. The team-playing, pass master number one is a high-definition game player.  Activation from back to front is vital.

Naturally, a goalkeeper bolting from the stable to synchronise with ten other workhorses can go wrong. Milan Borjan’s outfield touch clearly left something to be desired at the World Cup when Canada faced Morocco. Hakim Ziyech’s lob caused the ultimate red face when the Canadian departed his 18-yard lounge, although much blame also needs to be placed on the pass back.

Borjan wasn't alone. Mat Ryan’s attempt went wrong against Argentina, resulting in Julian Alvarez’s goal. Ryan later confessed it was a case of misreading the balance between sniffing out danger and sticking to the directive of playing out from the back. He got it wrong, but there was method in the madness. Joining up the dots means 1-4-4-2 even if formations don’t recognise it.

None of these recent endeavours could quite challenge Manuel Neuer galloping past the halfway line when South Korea knocked Germany out of the World Cup four years ago. Didi Hamann saw this as heresy: “Neuer is a fantastic 'keeper and we are 1-0 down so he plays like an outfield player. Stay in goal. Everyone is there to do a job. It's been an ill-disciplined camp, where people did what was right for them and not necessarily right for the team.”

The German might have had a point about where and when to use the adventurous spirit. In the first phase of group matches in Qatar, Andre Onana was sent home after a disagreement over playing style with coach Rigobert Song. A subsequent video has been leaked which shows the Cameroon boss’s take on the situation:

“Onana puts on a show in training but takes too many risks during games," Song is seen telling one of his management staff. “I told him repeatedly, 'You should take no risks. Pass the ball wide, not in the middle'.  "He told me, 'I am playing, I don't have time to talk to you'.” At least Kepa was on the pitch when he told his manager where to go during that ill-fated penalty shoot-out drama against Manchester City in the 2019 Carabao Cup final.

Song later verified that this was a disciplinary matter: “In a group, you need to expect the rules to apply to everybody. And I prefer to ensure that the team takes precedence over individuals.”

As Arsenal’s legendary Bob Wilson used to say, the goalie is the only individual in a team environment. The very point of difference that makes them the lonesome dove has always been the stick that pushes them back further behind the white lines.  Revisionism has arrived to connect them up with their defence, midfield, and attack.

Onana cannot be put into the penalty box without needing to escape. The Inter Milan stopper had 61 touches in the first group match against Switzerland, some of which were almost at the centre-circle. This is not football from the Song handbook. Nor the Sam Allardyce one. 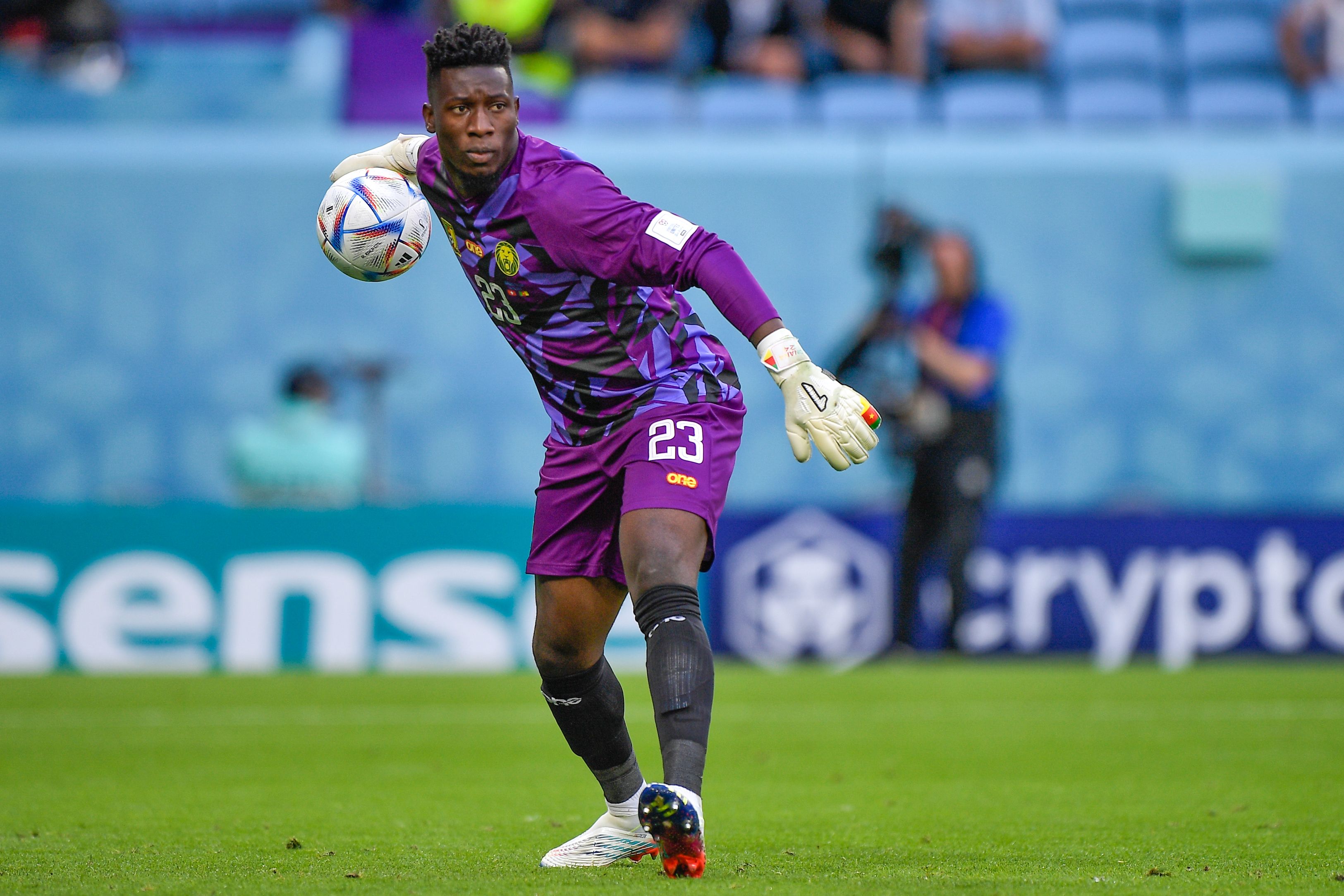 Pep Guardiola’s assertion has always been that the number one is the most fundamental part of the side, and that “soccer evolution” means promoting that in the offensive play. He had a bitter taste of this last month when David Raya’s deliveries set Ivan Toney and company into Etihad territory. Jurgen Klopp joked Raya should have a number ten on his back following Brentford's 3-3 draw last season with the Reds.

Goalkeepers only exist in specific pigeon-holed moments for some observers. Yet they are the same people that can cut out through balls or ping beautifully weighted passes out to the touchline to force back the opponent. It’s a case of functionality as well as freedom of expression. They are an easy target of lazy media criticism when it all goes wrong. The only man who can see 21 bodies in front of him needs to get out more.

This evolution has had a profound effect on how open-minded the football community is to acknowledge traditions can be challenged. Under Ben Stokes, England’s opening batsmen are blazing away where they once blocked. A goalkeeper’s twists and turns are not living on the edge just because they are bored with their lot. This is more often than not the plan. Players buy into the deal and stick with it even when the house of cards falls.

The goalkeeping new world is connecting the passing patterns, sucking in the press and opening up the lanes to goal. If it takes spectators out of the comfort zone then maybe that’s a good thing. Next time there’s a Zac Steffen/Sadio Mane moment, it’s wise to remember that’s the cost of the goalkeepers' union aligning with the interests of the team. The different-coloured jersey is just easier to pick on.