The Goalkeeper’s Mindset: What You Can See, And Believe, You Can Achieve

“It’s all the same, really. Lots of sports are more or less exactly the same when it comes to mentality. This is why we need to learn from them as goalkeepers”.

Noel Flannery, ex-professional motorcar racing national champion in the UK turned golfer and professional elite sporting mindset coach, has been at the cutting edge of high-intensity sports for decades - sports, much like being a goalkeeper, that sit between the boundary of bravery and madness for those involved.

However, at first glance, few things are what they seem.

“Goalkeepers are special and so is the goalkeeper's mindset. We can all acknowledge that. It’s quite familial in the sense that you have a goalkeeper whose parent was probably a goalkeeper, and then their kid becomes a goalkeeper. There’s a lot of experience there and it makes perfect sense, but you don’t get a very wide-ranging learning experience in that situation”, he explains.

“We can take these learnings from everywhere. I spoke to a goalkeeper recently about improving a certain area of his game - goal kicks actually - at a high level club. We likened it to a golfer taking a single shot. Golf is the set sport for stationery ball-to-target shots. We spoke through the mental strategies for optimising those shots in golf, and how this focus can be transferred, and it helped him that afternoon”.

“Likewise, with motor racing, both that and football are at the cutting edge of both skill and physical demand. Big companies away from sports will come into these environments to try and find transferable processes”, Noel continues. 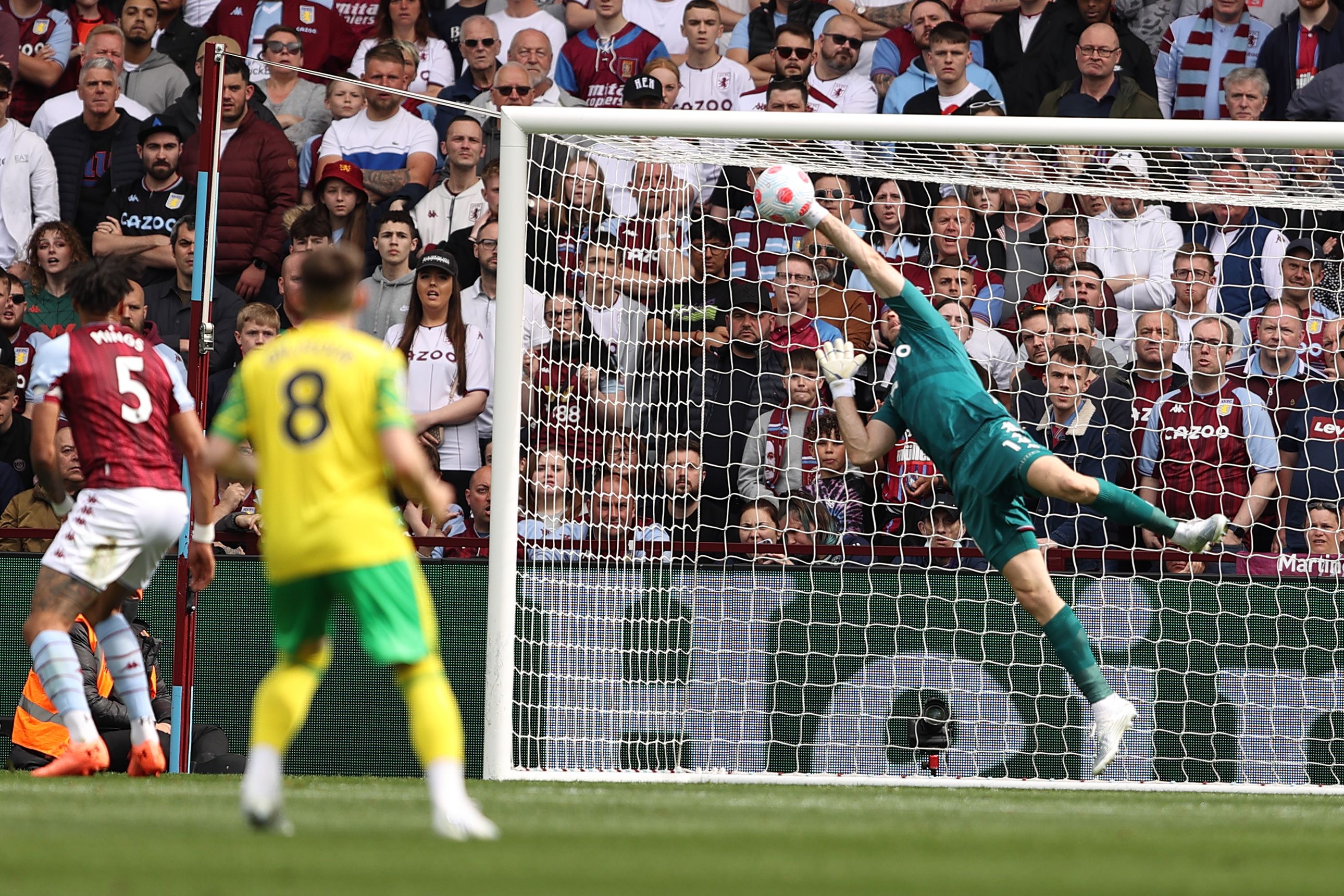 Learnings from other sports are not just relevant on a technical front. As we went on to discuss, there is a distinct difference between preparing the goalkeeper's mindset for a long term - careers that will be full of trials and tribulations - and helping them optimise certain skills.

“So often I hear from athletes that ‘I'm just going to give it my all, and see how far I get’. I think that we’re approaching this in the wrong way. When we set out on a car journey, we know exactly where we're going. We know what the destination will be; you’re specifically going to that exact location. Without a specific destination, I don't know what I’m doing”

“Instead, we can change our language. You can say that “five years from now, I'm going to be a goalkeeper in the Premier League at X team, and I'm then going to represent my country. And by doing that, that will mean I'll be in the squad for the World Cup. That's a specific goal.

“One goalkeeper I worked with was linked with a club he really wanted to move to. So, in order to condition his mindset to perform at the best level possible in order to impress the club enough and reach that goal, we had a shirt made up for him with his name and number on the back of that club’s shirt and hung it in his bedroom. It serves as a clear reminder every day that you can hold yourself to, to ensure that you go into each day with the mindset that you’ll get closer to your goal than you were by the time you see the shirt when you come home”, Noel explains.

It’s always good to plan for the long term, and, as Noel discusses, create goals that serve as something specific to aim at. However, football isn’t always long-term, with goalkeepers especially facing intensely pressurised moments every 90 minutes.

“Then we can think about the shortest possible ‘term’ for a goalkeeper, which would be something like a penalty.  It becomes all about this moment”, we continue.

“For anybody that's got a dog at home, you’ll know how focused they can be. If dogs played sports, humans would never win, because dogs are masters at being in the moment. If you have a dog in front of you and you've got a tennis ball, that dog’s whole world is watching the ball. It’s the same with a penalty and using this ‘zoom’ focus you can become completely engrossed - and therefore calm - over your current event.

“Nothing that came before matters nor nothing that will come after. It’s all about being in the now”.

Sometimes, as goalkeepers, it can be difficult to get a break. In fact, ‘sometimes’ is perhaps the wrong word. Only one goalkeeper can play, and when a chance comes, it’s vital that it’s taken. After all, perceptions of goalkeepers are extremely volatile, and you can go from hero to villain in the blink of an eye. Just ask Edouard Mendy after his error against Leeds at the weekend.

As such, it’s imperative that the goalkeeper's mindset forms an unwavering sense of self-belief, and an ability to project beyond short term criticism. To forge a plan for themselves and ensure that every inevitable set back can be a wave that’s surfed over is a staple of the successful goalkeeper’s locker.

“It can be a little challenging to introduce ideas like this to beginners, but it’s nothing more scary than believing that what you think affects how you act; nothing more challenging than that. However, to actually reach this level of investment in such an idea is tough. One of the best examples of this in modern sports is Connor McGregor”, states Noel.

Once again, you can see a little bit of the goalkeeper's mindset shining through in the MMA fighter - a brazen arrogance and (perhaps a bit more than) a tad of madness, on the cutting edge of physical endurance and performance that the body and mind aren’t naturally meant to experience.

“You may have a player who is religious or spiritual, or somebody who’s completely not spiritual at all. It doesn’t matter; this is a process to train your brain to perform. But, it is an individual process, so we have to tailor what we’re doing accordingly, to the individual. No two players will be doing the same thing - similar things, yes - but not exactly the same.

“The Law of Attraction is a very good methodology for setting long term goals in terms of the goalkeeper's mindset. If you look back at interviews with elite sportsmen when they were younger, or you speak to their coaches, you can begin to work backwards and tell what they were going to become. People like Ronaldo; these are examples of absolutely unwavering belief - not just in their head - but translated to the pitch. Some people know, deep down, it’s not true for them. Others do truly believe it, and they don’t find out until much later and look back that they were subconsciously practising this”, Noel continues.

“For anybody really open to learning about the goalkeeper's mindset, it will help you. For those who don’t want to try and learn, it probably won’t. This is where this individuality comes into play”.

Self-belief is easy to talk about, but practising it is harder.

“It really is quite simple. If you believe it wholeheartedly, you work your backside off to get it, and you're never going to give up, it will happen - it has to happen. With those three things in place, it cannot not happen. Everybody who's not made it to the top of the sport has been missing out on an element of that. That’s not to say people don’t get unlucky, or that failure is down solely to a lack of belief, but somewhere along the line it will play a part”.

The opening of the new Premier League campaign has already drawn attention to goalkeeping mishaps across the country. David De Gea and Edouard Mendy have paid the price in the media for errors against Brentford and Leeds, with Freiburg’s Mark Flekken also making a glaring error in only Matchweek Two of the Bundesliga. 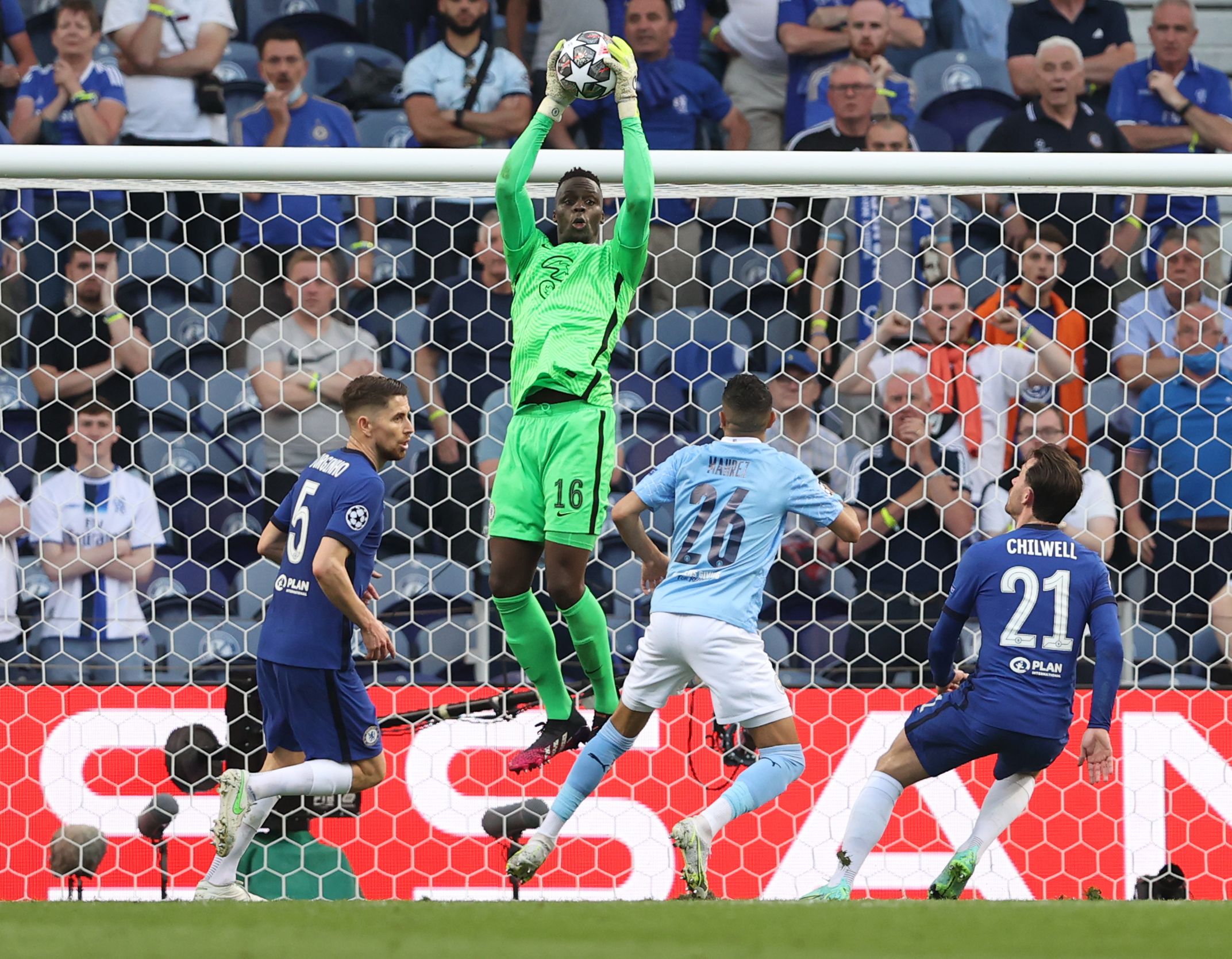 How can the goalkeeper's mindset reset in the short term when they commit these errors? More so, how can they deal with the inevitable barrage of criticism that will rain down on them from fans and pundits alike, and return to their peak psychological level? Again, it all boils down to positive self-reinforcement.

“It’s a chicken and egg-type situation. Online abuse is very challenging, and even people who say that it doesn’t affect them are…well…bluntly it’s their ego talking. We do care what people think about us as humans”, he opines.

“The thing is, dealing with criticism begins with understanding of your own responsibilities. In my view, goalkeepers (and also sportspeople generally) get confused as to what their job actually is.

“I would say that your job - your true responsibility - is not to stop the ball going into the net. Your job is not to save the ball. Your job is to get the best out of yourself. That's your job. That’s what you’re truly, fully in control of. It’s impossible to be fully in the moment if you are constantly trying to control other factors, because you can only control what you do.

“I saw this a lot at the EUROs. A lot of players displayed body language that suggested they were upset about, for example, not saving a penalty in the shootout. That’s normal. It’s understandable. But here’s the thing; you could have done literally everything right, but so did the striker. You can’t do any more about that.

“The key thing is remembering that this isn’t a call to be uncompetitive. These are mental strategies to put you in the optimal place to perform at your best, in a way that helps you do this most freely”, says Noel, as we come to the end of our conversation.

“Because as humans, our fear of failure is worse than the failure itself. We have to learn to play like it means nothing, when really it means everything”.